Who am I kidding? 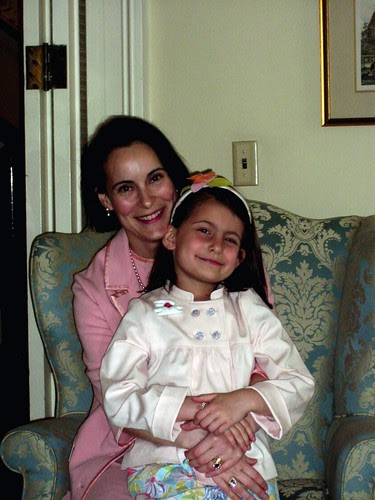 Sure I might post other stuff, but I think the main reason for this blog - personally - is that since I've got knlranch.com set as my home page, I want the top image on the blog to be a picture I want to look at. Like this photo from Easter.

I figure at some point (sooner than later, probably) - as Louise grows up, this blog will evolve from one centered around pictures of her to other things. What things? I thought it would be pictures of other things, but with my new digital camera, I'm still not taking lots of great pictures or anything....

So, maybe it'll be more like other blogs, where I post links to all sorts of stuff I find on the interwebs, with commentary. So here goes - I'll start with two videos. The 1st one I found at Wooster Collective, the 2nd ... I forget where, probably Andrew Sullivan or Kottke or BoingBoing (the usual suspects). The 1st one makes me think I need to try (again) to enjoy running. But, for me, it's riding my bike. The 2nd, click through to the other videos in this project - "One Love" is another one I liked (and it's got Manu Chao! Who plays guitar without a Pick!).

Onwards from akqa on Vimeo.

Geek note: So, the service I was using to manage the blog roll (over there, on the left-hand sidebar) started putting framed ads at the top of links that were clicked on. And, I was using it less and less, so - it's gone. But, since I haven't decided on a replacement blog-roll manager yet (any suggestions?), I'm just 'manually' adding the links to my blogger template. which is s-l-o-w. But, as often as I update my blog-roll, once it's done, it'll be done.

Summary: some things are changing on the knlranch.com blog, but you probably won't notice. If you do, and don't like it, let me know. Now that I'm back into messing with the template, I might actually make some other bigger changes - but not yet.... 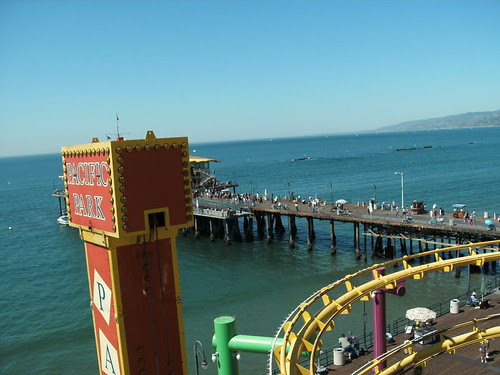 Santa Monic Pier, from the Ferris-Wheel - which has nothing to do with anything, but I like the picture.

Sure, I download as much music as the next person, but it's hard for me not to support Record Store Day.

My long-standing complaint about my local store was that they often don't have a specific title I'm looking for (most recently, Annette Hanshaw), so it's off the Amazon I go. But saw where someone noted recently that Amazon takes 2-3 days to deliver, which is about how long a CD ordered in-store will take to come in. So why not shop locally?

So, in support of music and walkable cities, I'm headed down to Easy Street today to do some shopping. And most of the 'good' record stores I can think of that are still in business have diversified, so if you can't find any music to buy, you can probably find something.... 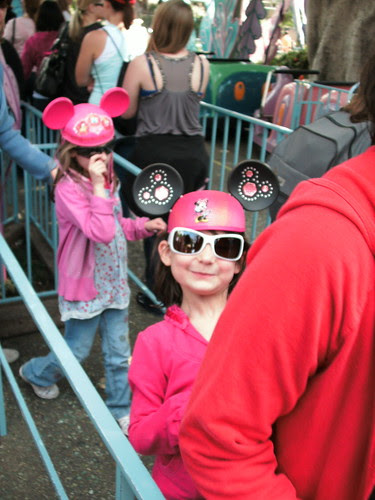 We had a great time. More pics at our Flickr site.