Louise STILL has the crud - we're on day 6 now - and so we're missing the Science Fair at her school tonight. I'm not sure who's more disappointed, her or her dad (Probably her dad, since Louise is currently sleeping).

We had a a GREAT project that Louise really got excited about, so I'll post a picture here. I was thinking we'd do something with magnets (or lasers!), but she picked a great project - suggesting this one evening while playing with these 'marble tracks' in the living room. We quickly noticed that different marbles went different speeds. But why?

Even if Lou can't be in the event at school, at least she'll get some 'press' on-line. Click on the picture to see it on Flickr with all the note-y goodness. 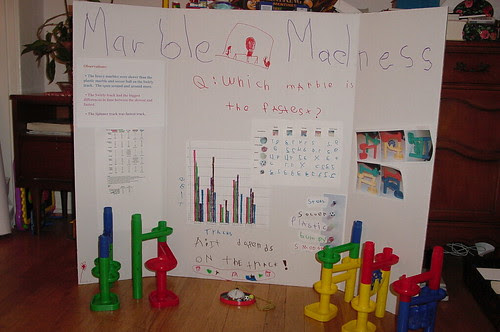 And, of course - the BIG NEWS - Obama won Washington State! No, not really (although that is good news), but...

I'll post pictures when I get one - with crazy work time and a sick child, Louise & I haven't been to the hospital yet to meet Louise's newest cousin. Lisa has pictures, but they're on her cell phone, which is with her. But I saw 'em last night, and - of course - he's handsome.

1st a picture of Louise, playing with her new computer, the OLPC XO. 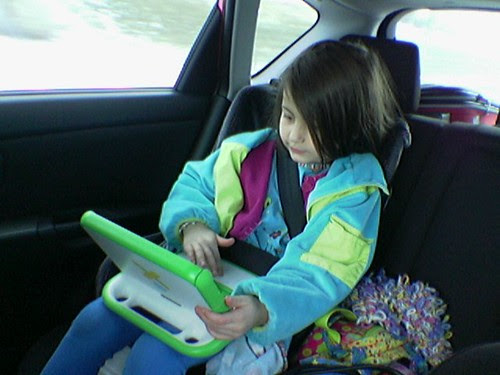 And next, a screen-shot of the 'memorize' game I made for her. 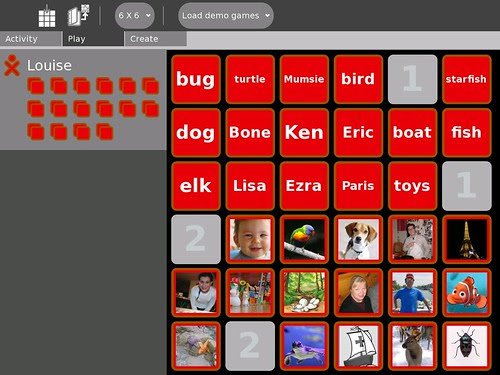 And finally - since I'm the Precinct Caucus chair for our Washington State Democratic Party Caucuses today (and not entirely thrilled about having to spend 5+ hours there) - Have you seen the Obama posters that Shepard Fairey (The Obey-Giant guy) did? Pretty slick. 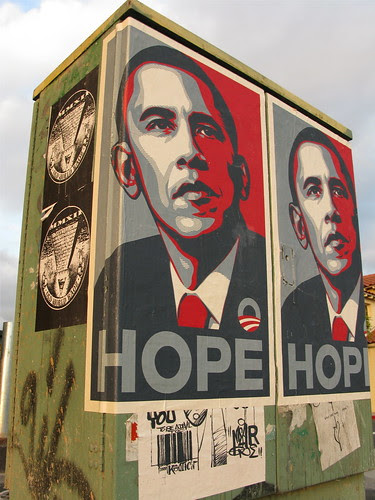 Hopefully comcast/blogger will start playing nice together. I noticed that my blogroll on the Left is now dead - so I'll need to set something up there again....